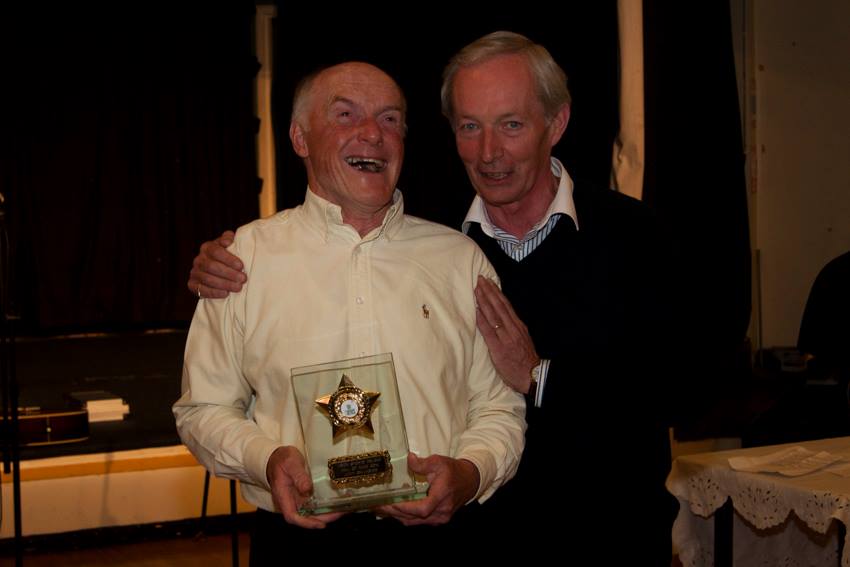 Over the years. Sixteen members have been inducted into the Vision Sports Ireland Hall of Fame, including athletes, coaches, fundraisers and volunteer administrators.

Read about our Hall of Fame recipients and their contribution to Vision Sports Ireland below.

On 23rd May 2015 triple Paralympian Michael Clarke, our fastest ever Marathon runner was inducted into the Vision Sports Ireland Hall of Fame.

He has run the 26.2-mile marathon on twenty-six occasions over 26 years. His best time being 2.39.08. In 1993 he won bronze at the IBSA European Athletics Championships Marathon in Dublin.

Carol made history as Ireland’s first vision impaired Paralympic gold medallist when running at 400m in New York in 1984, narrowly missing out on double gold.

Carol won gold at 1500m at the European Games for the Blind in Germany. Subsequently, she won double gold at the 1983 Euros and a further gold at the Rome Games two years later.

In a lifetime Jimmy has been administrator, athlete, ski-er, sailor, equestrian and tandem cyclist, cycling the world with NCBI’s Blazing Saddles.

Vision Sports Ireland swimming coach Frank Cullinan received his induction into the Vision Sports Hall of Fame on 24th May 2014.

Frank was an all-round athlete and swimmer in his youth who played junior soccer at the highest level, as both goalkeeper and centre half, during the 1950s. An avid indoor and outdoor swimmer Frank then moved into swim coaching, running Friday sessions in the Markievicz pool in Dublin.

Joe is a founding member of Vision Sports Ireland – was inducted into our Hall of Fame on 23rd May 2015.

As athlete he won the first race at the inaugural May Games, now known as MayFest held in 1981. Two years later he took silver at 5000m at the IBSA European Games in Bulgaria and represented Ireland at the 1984 Paralympic Games in the USA.

Off track Joe has dedicated his life to supporting the work of Vision Sports Ireland serving in numerous roles over five decades. One of his many highlights was acting as Secretary for the IBSA European Games held in Dublin in 1993.

In may 2021 Michael Delaney was inducted into the Vision Sports Ireland Hall of Fame.

Michael represented IRELAND at three Paralympic Games in athletics and tandem cycling. At Sydney he narrowly missed a medal in finishing fourth in the long jump

He was tandem cycling pioneer and competed in Beijing 2008. 5 years later he was Ireland’s first international para-triathlete when he competed in the World Championships in London. He was also a top ranked chess player and 3 decades ago he competed at the Braille Chess Olympiad.

On 29th May 2010 Tony Guest became our first Hall of Fame recipient.

Tony has been with Vision Sports Ireland – and its pre-decacorns – for 40 years, initially as a guide runner to the late John Newman, before becoming a national coach/team manager at a variety of international competitions beginning with the European Games for the Blind in Rome in 1985. As coach/manager Tony went on to lead four Irish vision impaired teams at Paralympic Games from Seoul ’88 to Sydney ’00.

Benny Grogan, volunteer, and tandem pilot was inducted into our Hall of Fame on 28th February 2019

Benny is a life-long lover of sport. 1n 1966 he won a Leinster GAA Junior Football County Championship title with Louth, two years later he captained Ardee GAA to a county title. Three decades later he joined NCBI’s Blazing Saddles where he piloted blind and vision impaired people on fundraising cyclists across the world.

Benny is a leading fundraiser for NCBI in the North-East and chaired their Louth Committee for many years. In December 2017 he received the Volunteers Ireland special award for services to people with disability. In recent years Benny helped found, and chaired, Louth W.A.T.C.H (Walking and Tandem Cycling for Health).

On 25th November 2015, Pat Kelly was inducted into our Hall of Fame.

Pat is our sport pioneer. He was among the first vision impaired athletes here to compete at Paralympics in 1980 in the Netherlands. In total he competed in three Paralympic Games as well as 4 European Games.

He holds two bronze Paralympic medals as well as silver and bronze at European level in athletics.

On 21st May 2016 Ann and Martin Kelly were inducted into the Vision Sports Ireland Hall of Fame.

Aside from being a member of the first Irish team to compete internationally in Scotland in 1978 Martin was among the first vision impaired people here to compete at Paralympics in 1980 in the Netherlands. Ann became a key member of our NGB in the early 1980s.

Having served as our Board Member (2016-2022) you can now find Martin on the indoor courts at Nass playing blind tennis.

Fintan O’Donnell, Paralympic medal winner and former Chair of Vision Sports Ireland, was inducted to the Vision Sports Hall of Fame on 2nd May 2021.

Fintan was double sprint gold medalist at our first May Games, now MayFest, in 1981. He subsequently represented Ireland at three European Athletics Championships from ’81 to ’85 in West Germany, Bulgaria, and Rome.

At the Paralympic Games in New York in 1984 he ran his first championship 800m winning bronze in a blistering 2 minutes, 2 seconds.

As a chartered physiotherapist Fintan has been part was key to the Paralympics medical team for two decades. Nowadays, Fintan servers as Chair of their classifications committee.

Bridie Lynch, Ireland’s sole gold medal winner at the 1996 Atlanta Paralympic Games, was inducted into the Vision Sports Ireland Hall of Fame on 2nd May 2021.

Bridie made her debut on the 3rd of May Games, now known as MayFest, in 1983. Just 5 months later she won shot putt bronze at the IBSA European Games in Bulgaria.

She is a four times Paralympian with multiple medals at the Games at discus, shot putt and pentathlon. In Atlanta in 1996 she was Ireland’s only Paralympic Gold Medallist winning the discus event.

In 2013 Bridie became only vision impaired person to date, to join the Paralympics Ireland Hall of Fame.

Joe and Bernie received their Hall of Fame inductions on 11th May 2013.

Joe and Bernie were heavily involved in all things Vision Sports with Bernie joining our Board in 1994 and winning the 2009 National Volunteers of the Year.

Jimmy Murray, Chairperson and co-founder of Irish Blind Golf was inducted into the Vision Sports Ireland Hall of Fame on 21st October 2016.